Moving to another country can be an exciting life changing experience. Some of the most desirable places to move to include Australia, Dubai and Kenya. But expats often find that after the initial excitement wears off, it can be difficult. Don’t be a stranger in a strange land. Follow our Pocketdial UK top tips for expat living. 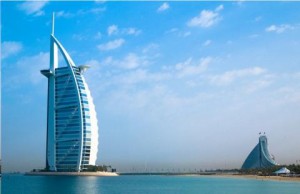 Expat Living – Don’t be a Stranger in a strange land!

Expat living makes it all too easy to befriend other expatriates. Many countries, such as Bahrain, South Africa and Saudi Arabia have expat communities. These often gated communities make it more difficult to mix with the locals.

If you are a British expat living abroad in exactly the same way as you did in the UK, you will miss out on a lot of the opportunities that living abroad can bring. Don’t be afraid to visit a local bar or restaurant alone and mingle with the locals – provided that it is safe to do so. You can always check for safety in a country or area by visiting the UK Foreign Office website.

Embrace the local cultures when you can. If you are abroad during a religious festival, you will most likely be welcomed, even if it is not your own religion. If you are living within a Muslim community, Eid is an amazing celebration to join in.  Many Hindus will invite you to their home during Diwali.

Learning the local language is a great step to integrating with local communities. A few spoken words will show that you are making the effort. You don’t need to be fluent to make a good impression! Learning the script of the local language may also be a big help. For example, learning Arabic script will help you to navigate the roads in Dubai.

It is important to respect local culture as an expat living abroad. Remember that many things that are acceptable in the UK are not acceptable in some countries. Drinking and kissing in public places, for example, may be considered inappropriate in many parts of some Arabic and African countries. Don’t use the excuse that you are British – if you live in another country, you do have a responsibility to abide by their laws and respect the culture of he country that you are in.

Certain topics of conversation are best avoided in public places in some countries. For example, in China or Rwanda, avoid talking about politics. If you do, you may find yourself in a sticky situation.

Finances and Taxes for Expat Living

One of the benefits of living as an expat is that there are many places where you can earn a tax free salary. Dubai in the U.A.E is one example. However, it is important that you understand the tax laws, especially if you are looking to set up your own business. www.britishexpats.com is an excellent website for offering more specific advice to expats on tax, employment and mortgages.

Don’t presume that getting a bank account or mortgage will be simple in another country. Be prepared for the fact that bank applications and mortgages could take longer to arrange. You may also need more paperwork as an expatriate.

Many studies of expats explore the way that people acclimatise to a new environment and culture over time. The usual pattern of feelings of an expat living abroad is that they experience excitement, culture shock and then slowly adjust. What is most interesting, however, is that British expats who return to the UK after prolonged periods abroad often experience this again when they come back to the UK. Yes – culture shock on return to your own country is possible!

If you are moving to another country for a long period of time, it is recommended that you don’t visit home in the first 3 months. This can interfere with the process of adjusting to a new culture.