PocketDial > Blog > Tips & Tricks for Calling Abroad > How do I get my Phone Unlocked? (for international use)

What does a locked phone mean?

When a phone is locked it means that it will only accept SIM cards from a particular network provider. This often means that if you buy a phone from Orange (for example) with an Orange SIM card, that phone will only ever work with other Orange SIM cards. In this article, I will answer the questions ‘Why are phones locked?’ and ‘How do I get my Phone Unlocked?’

Why are phones locked?

Network providers like Orange, O2 or T-Mobile like to lock phones so they can keep hold of customers. Contract phones are often locked so that customers can’t easily change networks before the contract has run out. By locking phones, and therefore forcing customers to stay with them, network providers can attract more customers by offering contract phones at lower prices. Some phones are sold already unlocked, although these are often much more expensive. 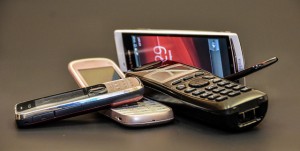 How do I get my Phone Unlocked?
Photography by Irita Kirsbluma on Flickr (Creative Commons 2.0)

How do I get my Phone Unlocked?

This depends on what technology your phone and network provider use. There are two main technologies in mobile phones known as GSM (Global System for Mobiles) and CDMA (Code Division Multiple Access). In most of the world GSM is far more common, but in the US many networks use CDMA. If you have a CDMA phone it is basically impossible to unlock it. This is because CDMA phones don’t use SIM cards, so you can only change phones if your network provider allows it. If you have a GSM phone it is much easier to change phones. Some American providers, such as Verizon, now offer global phones that use both GSM and CDMA, although they still have many restrictions placed on them by the network.

What are the benefits?

Unlocking your phone will allow you to change network provider more easily. This means you can shop around for the best deal, without having to get a new phone. It also has many advantages if you are planning on travelling abroad.

How to unlock your phone:

If you have a normal GSM phone i.e. one that has a SIM card, then unlocking your phone is quite simple. Usually the phone will just require a simple code to be entered, this code can often be obtained either by phoning your network provider, or through a third-party company (for a small fee). However if you are on a long-term contract it is unlikely that your network provider will be willing to give you an unlock code.

Some phones do require a connection to an unlocking device. Some services offer this, as do some high-street mobile phone stores, but usually it is easiest to have this done by a third-party company.

How do I get My Phone Unlocked for International Use?

When you unlock your phone you are then able to use SIM cards from international providers with that phone. This can be very helpful if you are planning to travel abroad. Most networks do provide a roaming data service, but these are often far more expensive than the usual rates. If your phone is unlocked you can replace your usual SIM with a cheap card from whichever country or region you are in. Some providers offer cheap continent-wide coverage in Europe and Asia. Unlocking your phone, and swapping your SIM card out, means you will be able to make much cheaper calls while in other countries. Unfortunately, your phone number will change with each new SIM card.